Article about photographic lenses and equipment

Very actual question caused heated argument among the Internet society not only in Russian web space.  A lot of the Carl Zeiss "made in West Germany" lens owners pour the oil into the fire of this discussion saying that they had one analogue "made in Japan" before, and it was nothing special or to be very interesting. But now they've got the Germany made lens, and everything is cool indeed with it, and the bokeh is crazy beautiful.

Here they are, these twin-brothers: 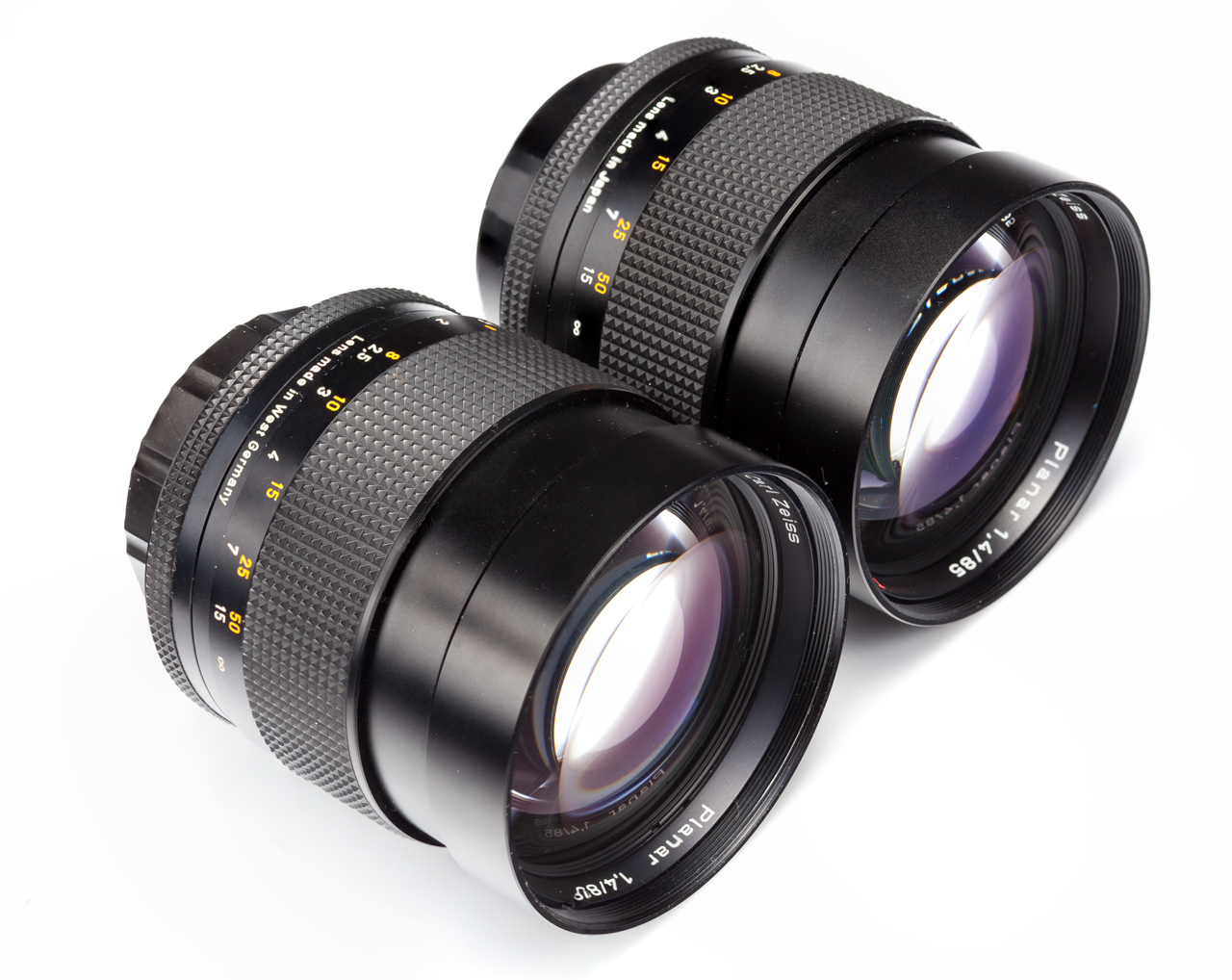 image caption: Carl Zeiss Planar 85/1.4 "made in Japan" vs "made in West Germany"

The back cover of the Germany made lens is not the original one, but it does not change the crux of the matter. I was searching for the lens in the perfect state in order to be able to  compare it with mine without paying any attention to the lens wear, nuances of the way of its treatment and use by the previous owner.

Surely, the both lenses are not the brand-new. The both were manufactured in the 70th-80th of the last century. But the Japanese lens looks like it has never been used at all, and the Germans lens (as the vast majority of the Germans lenses basically) has been used, but is in a very good working condition. I have passed many different lenses through my arms to be skilled to define is the certain lens used or not just to twiddle it in my hands. 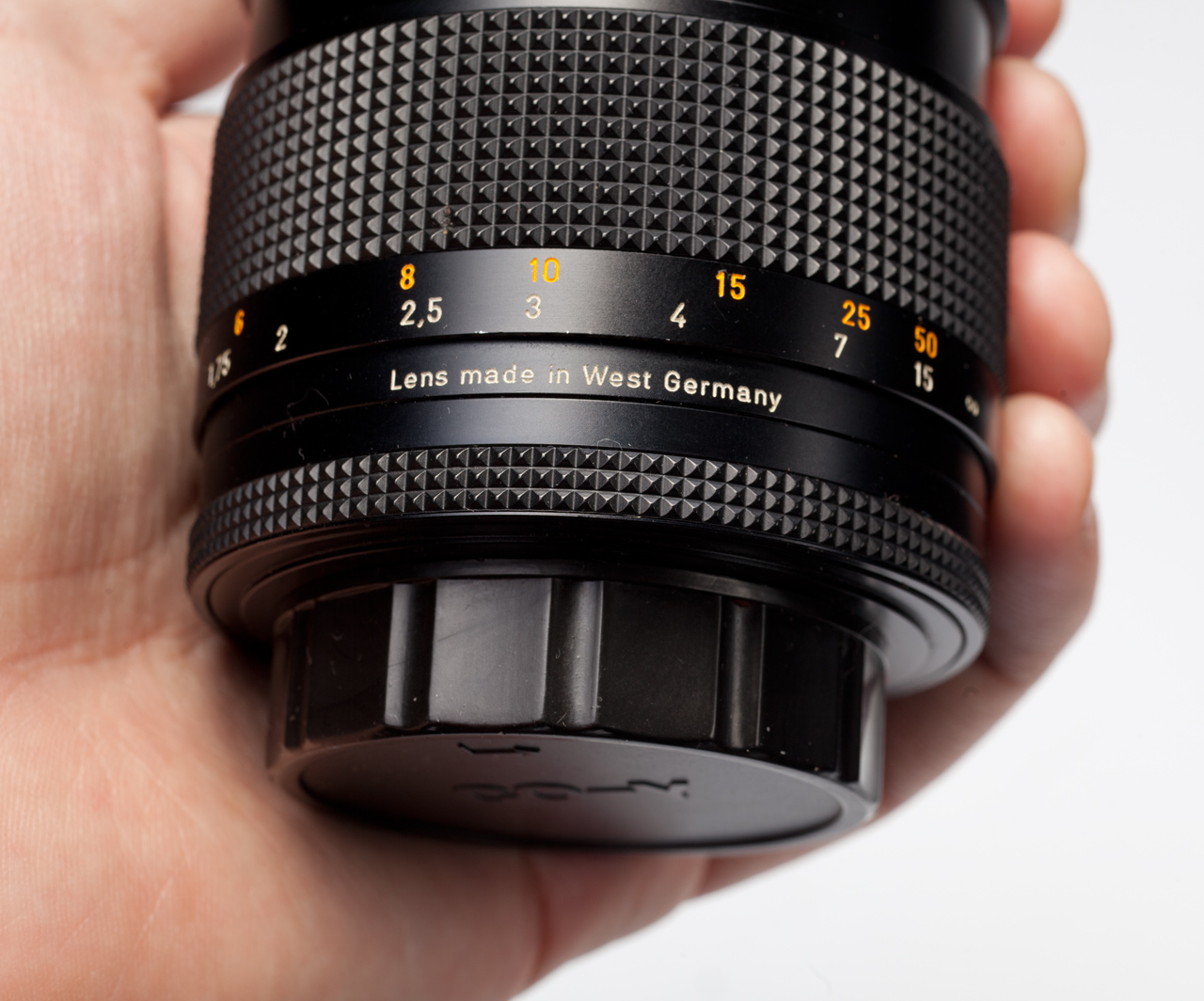 image caption: this text costs on Ebay.com from 250usd to 500usd

Lets now investigate if there is the difference, and if it is, to find out in what.

The first of all they have the different bayonets. The lens "made in West Germany" is early manufactured and has the bayonet type AE, the "made in Japan" item has MM bayonet. The both of them are finally Contax/Yashica, but they look a little bit different. 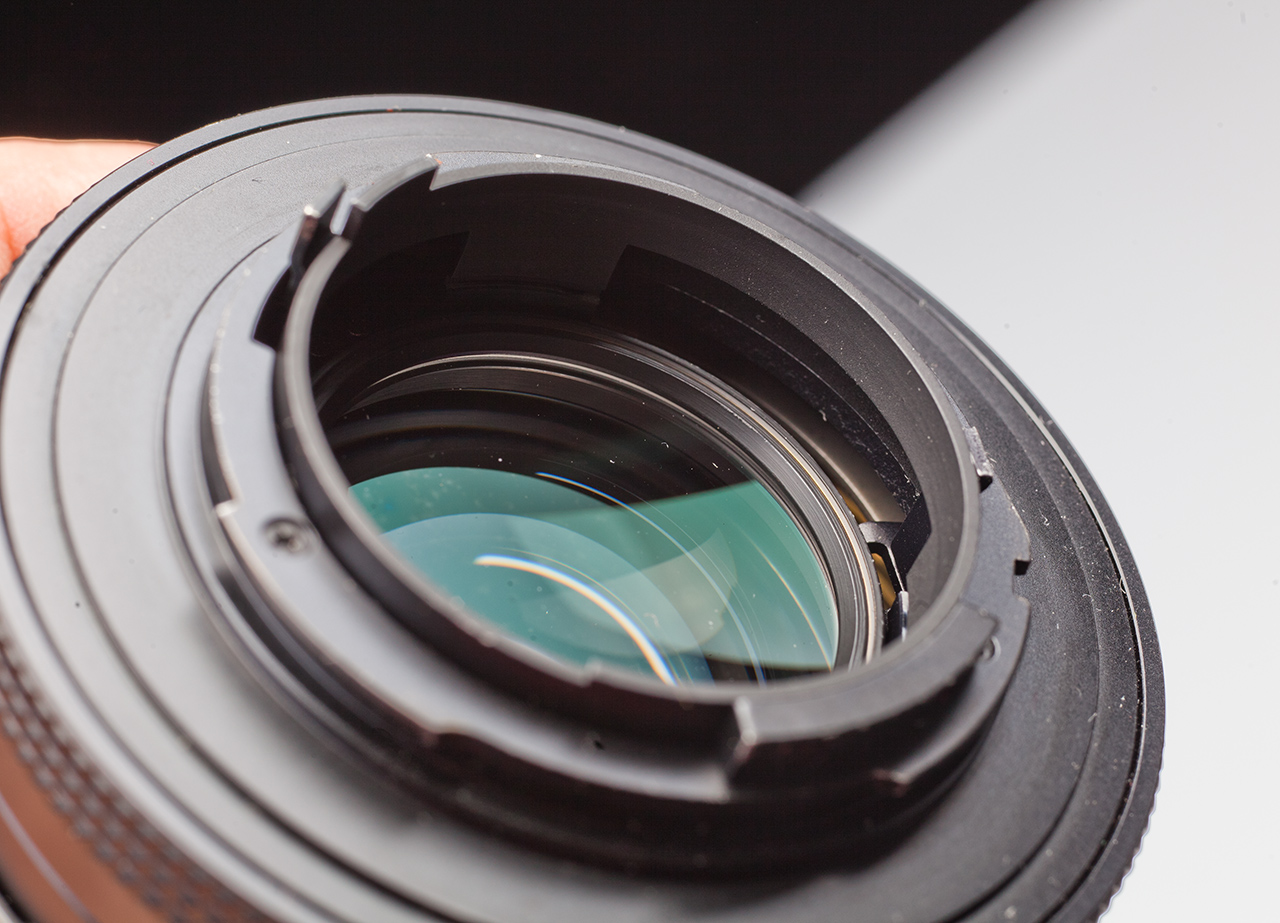 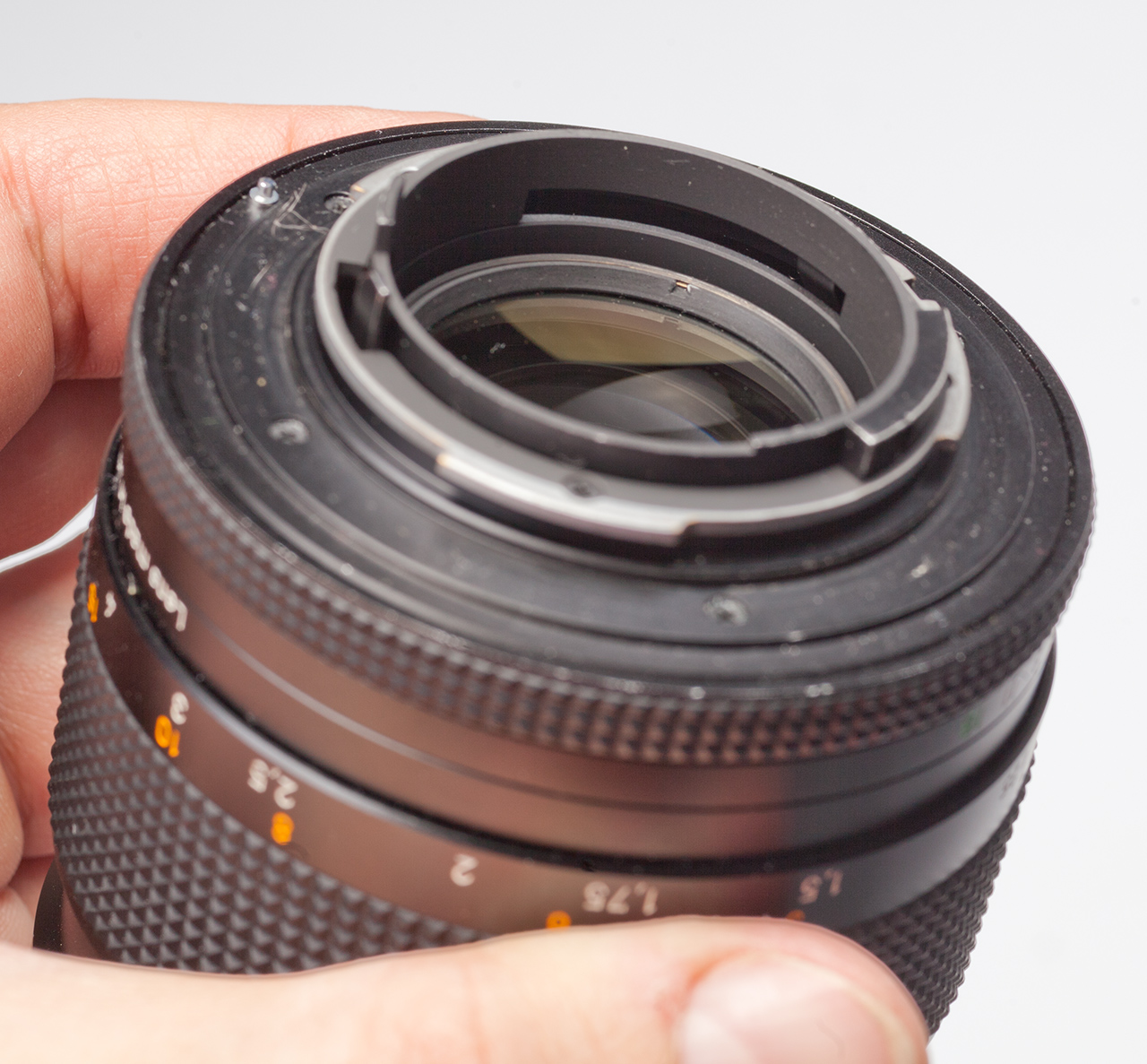 These lenses as the most of the other Carl Zeiss lenses have the screw mount for the 67 mm diameter filters. On the image under shown the elite lens hood Contax Metal Hood 4 suitable for these lenses. It is elite in contrast to the hood made of rubber, which was manufactured for the purpose of economy. I've got such as well, it can be used normally. It's quite convenient as far as it is folding, but its appearance is obscene.

I had to buy a hood separately for about 85usd. In addition the lens requires the metal transmitting ring from 67mm diameter to 86 mm suitable for lens hood. The ring was purchased for at about 33usd. Sometimes the hood may be received for free in a set with the lens. Otherwise it might be a hard work to find the necessary hood and not to pay too much for it.

On the image you can see the protective screen screwed into the hood. 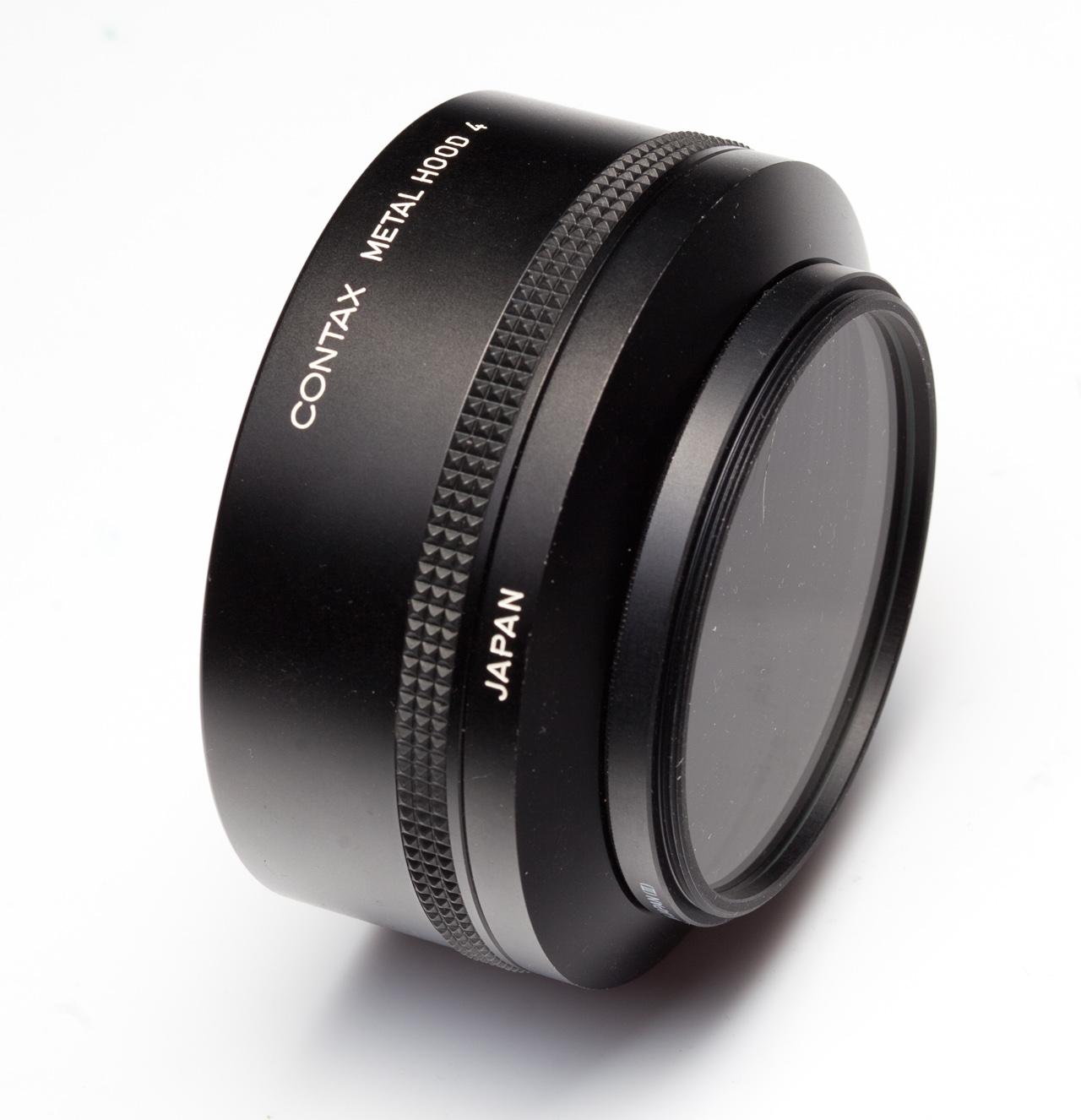 Here are the looks of the lens with the metal hood and without it. 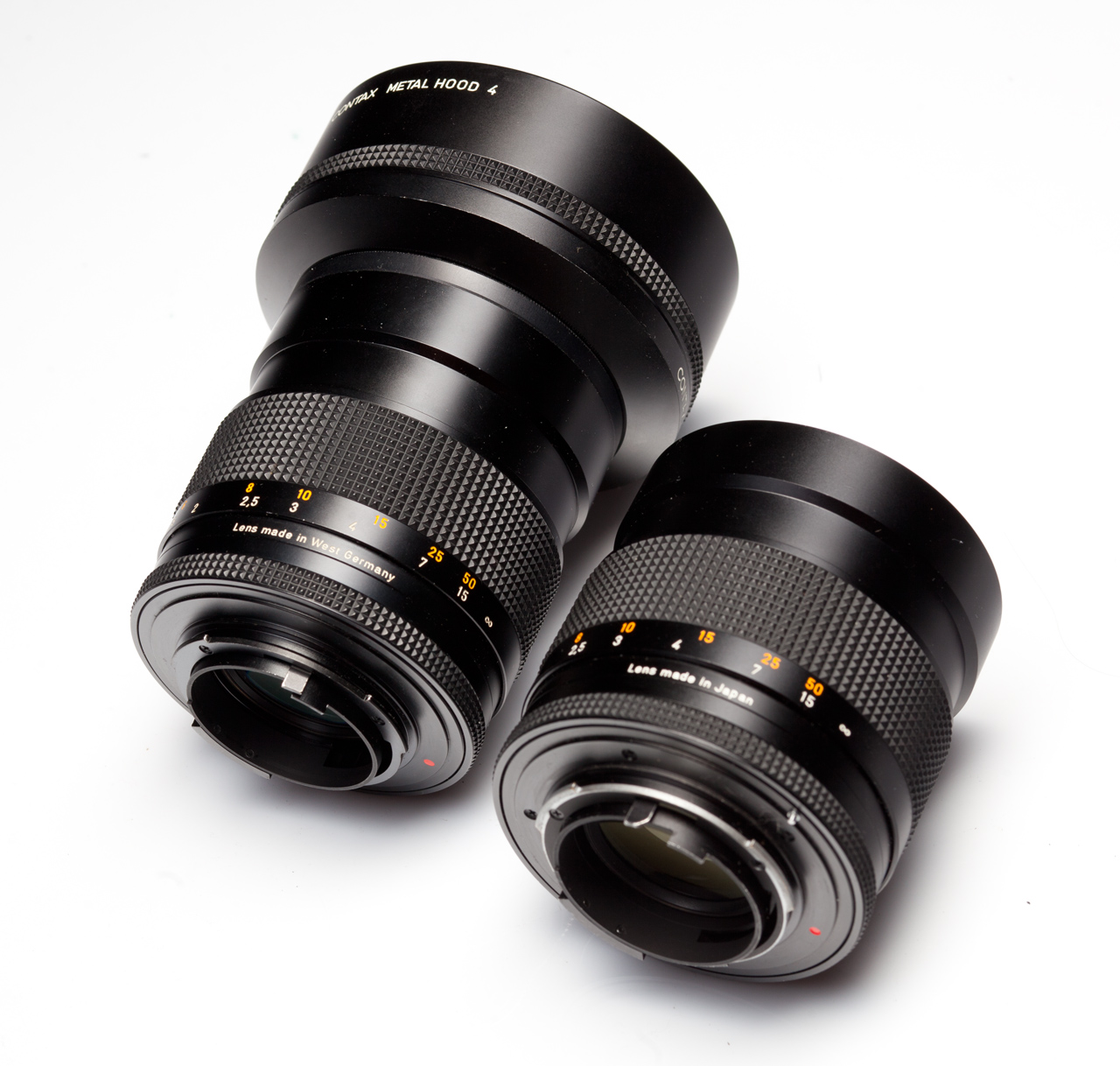 But I am somewhat carried away with the accessories. Thus the delicacies!

The lenses are not the same anyway. They have got the different coating. 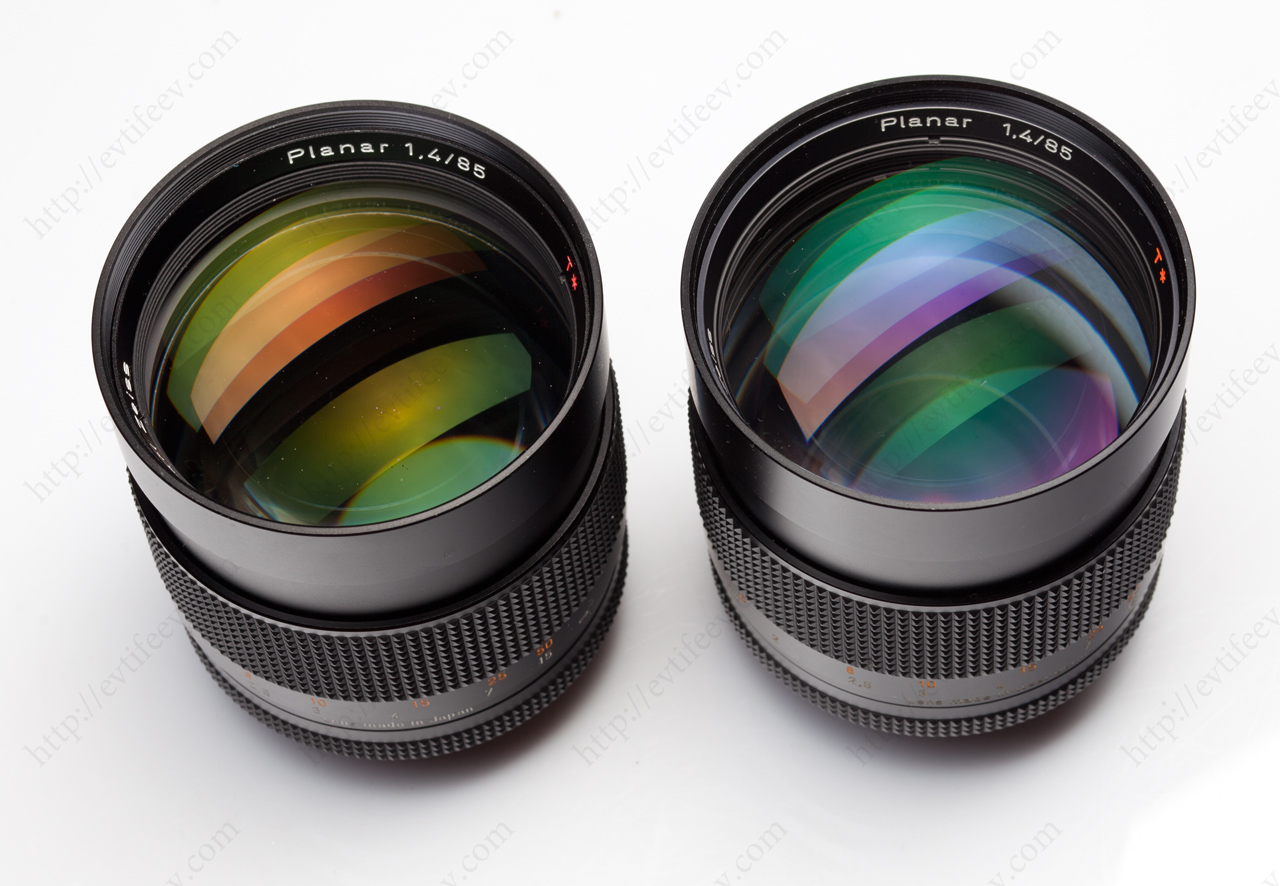 Carl Zeiss Planar 85/1.4, japanese on the left and german on the right

In addition the diaphragm construction of these lenses is different. 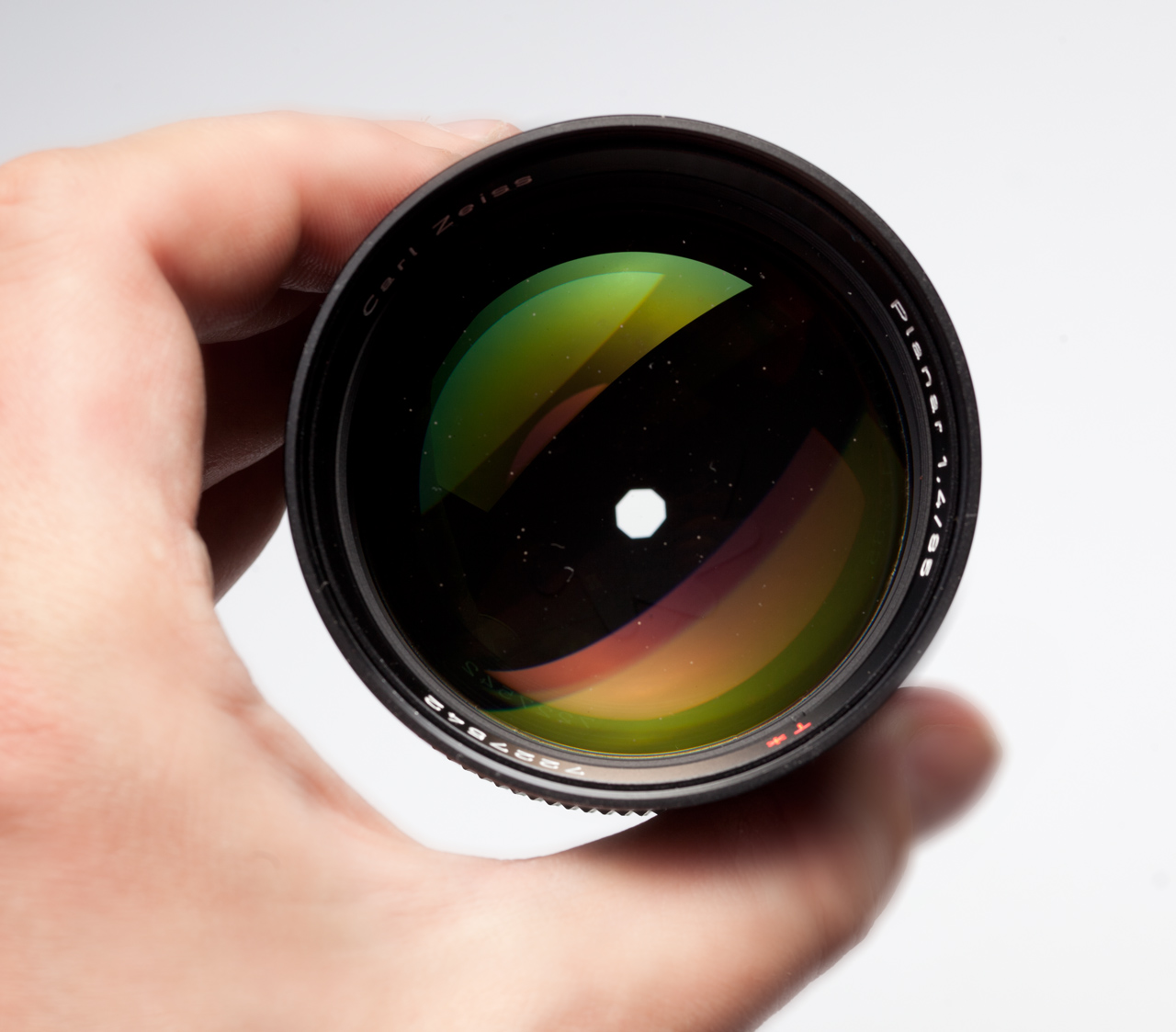 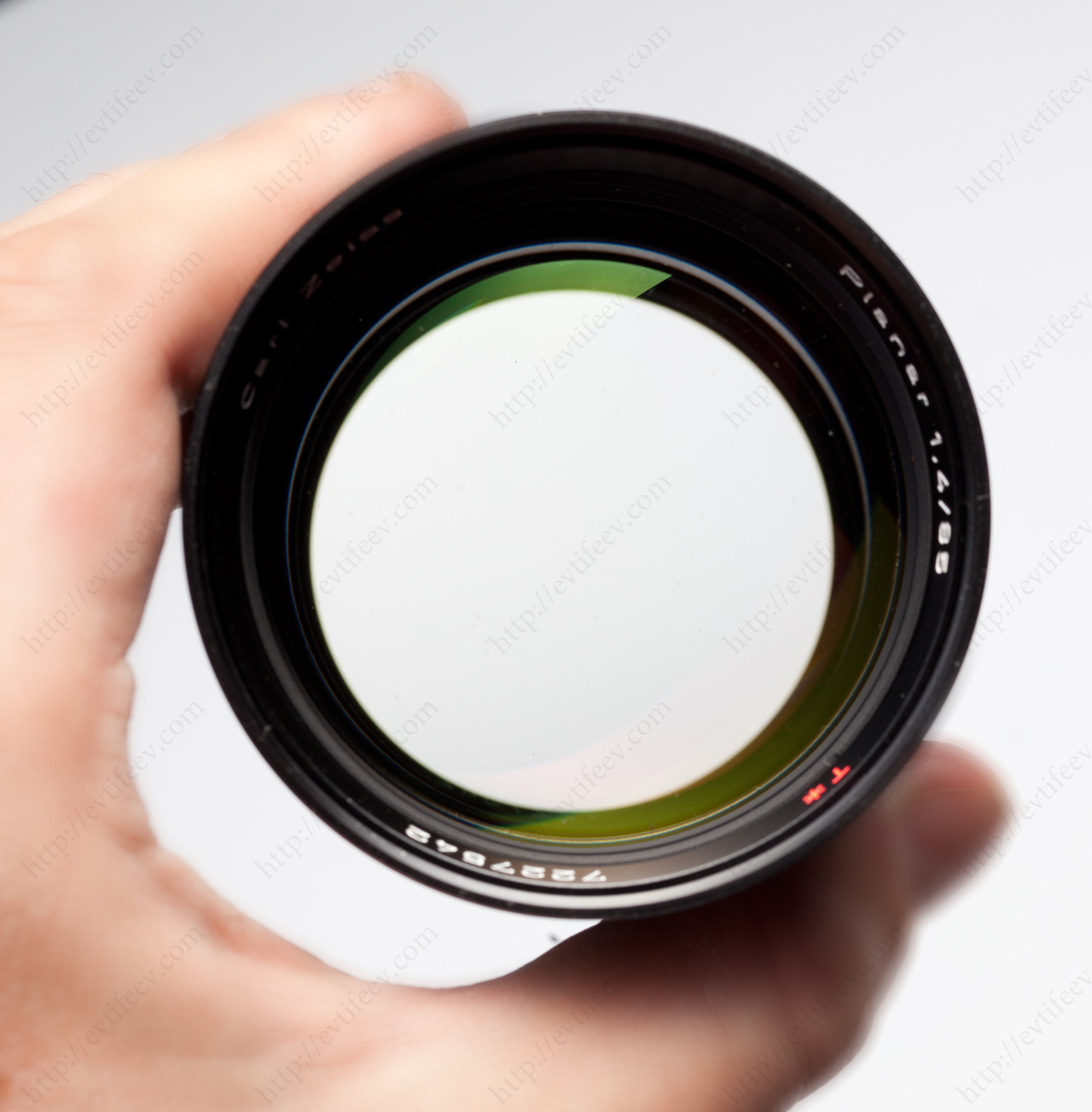 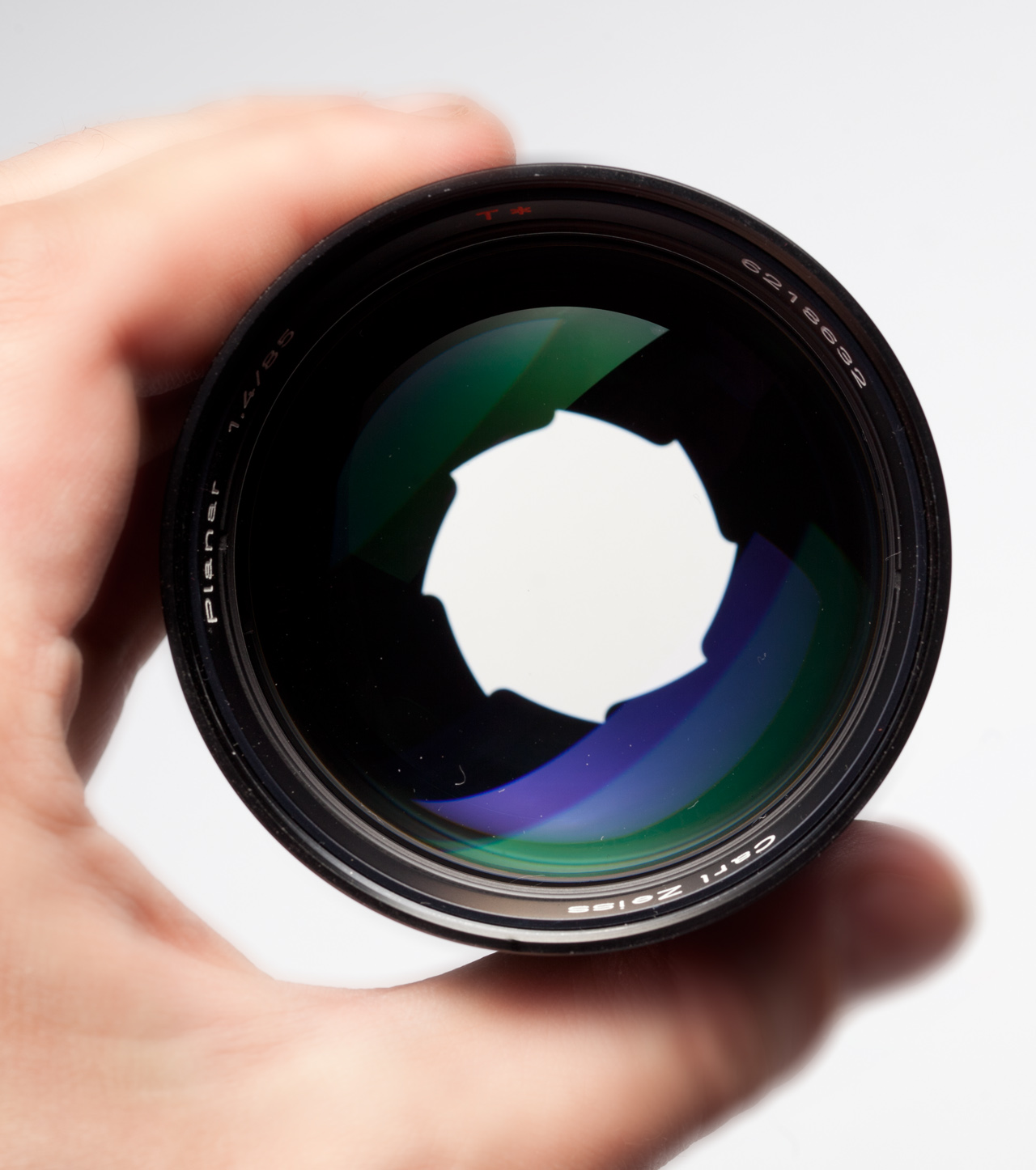 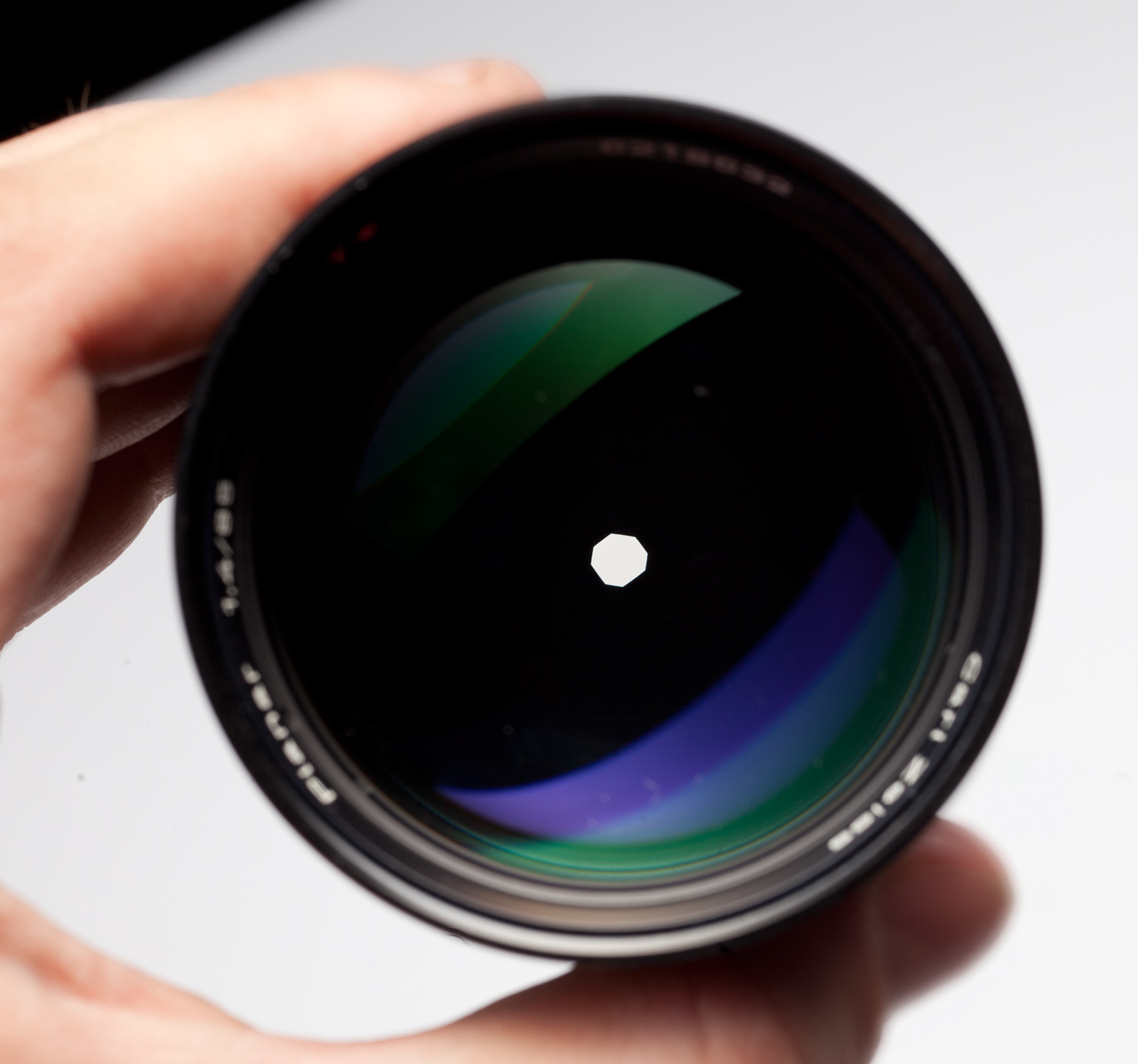 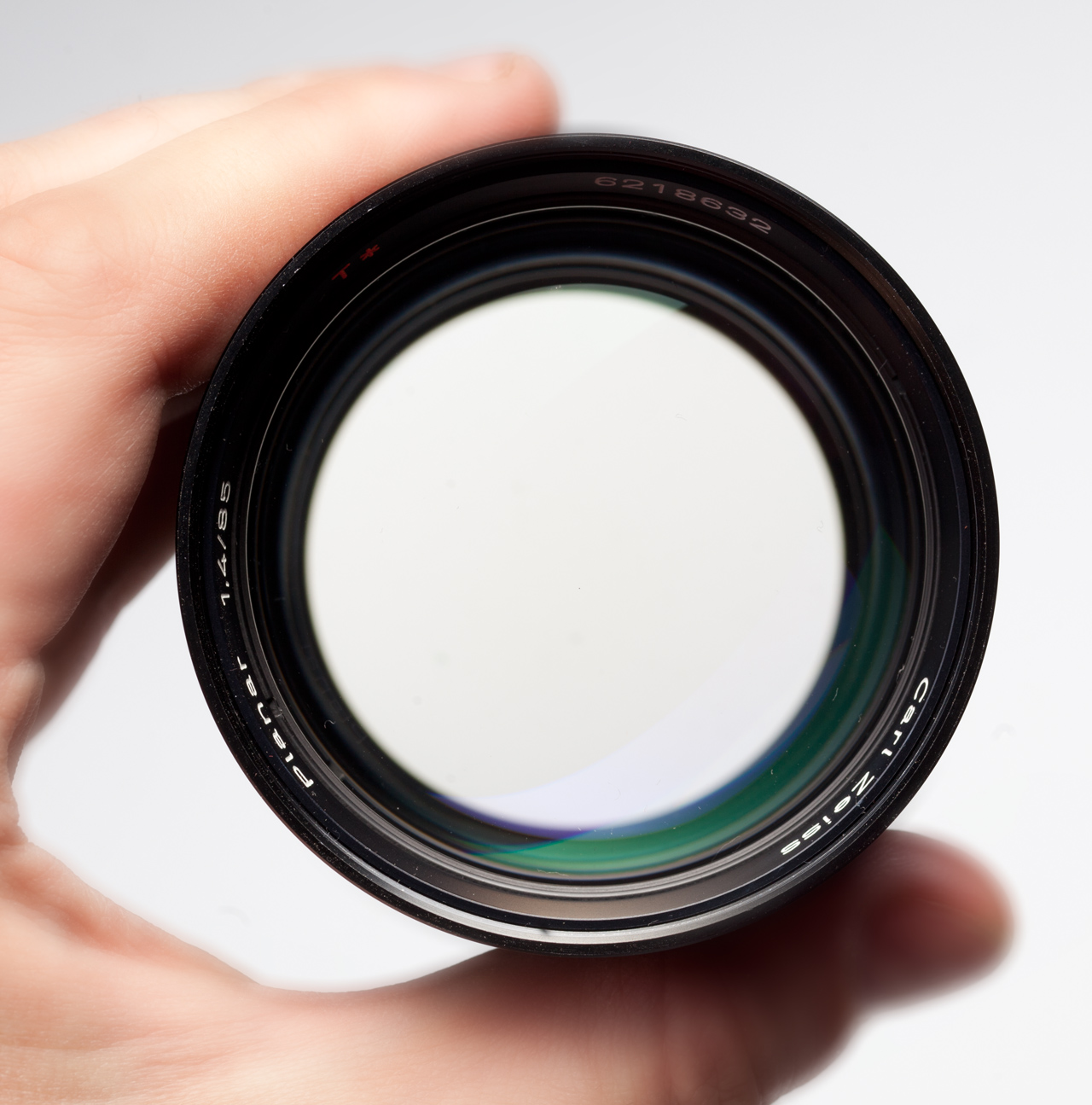 The bokeh is amazing for both lenses with the totally opened diaphragm. 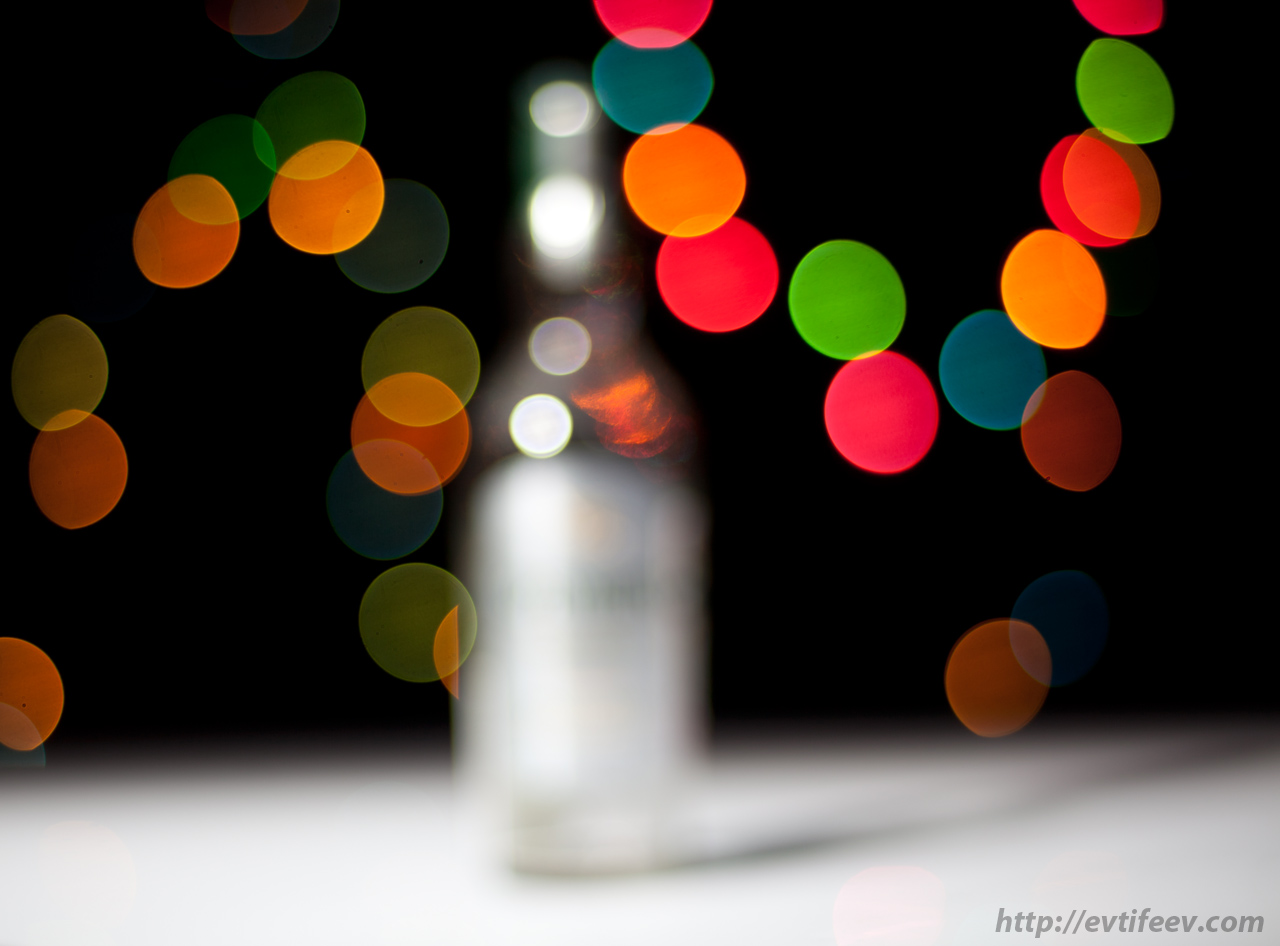 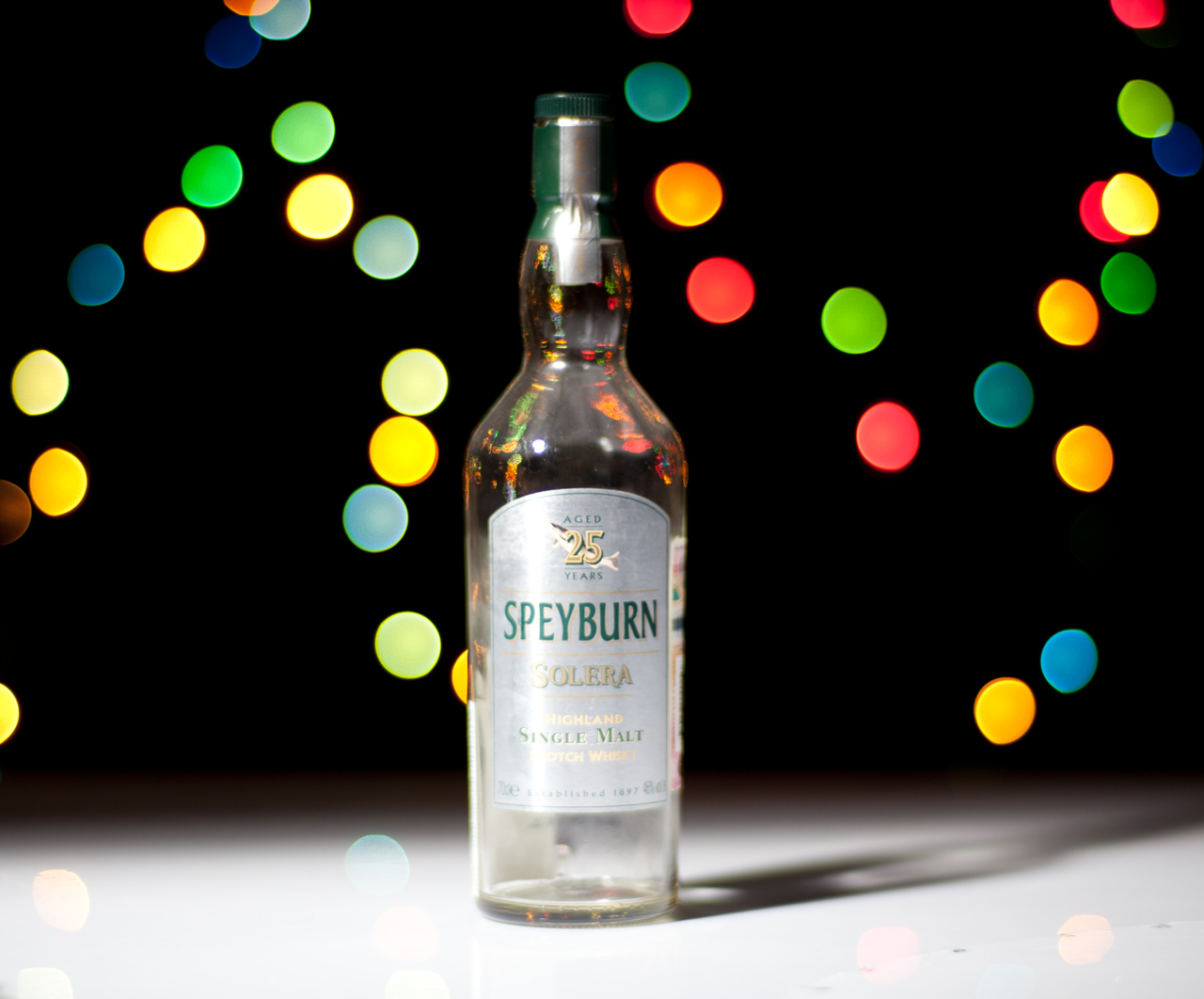 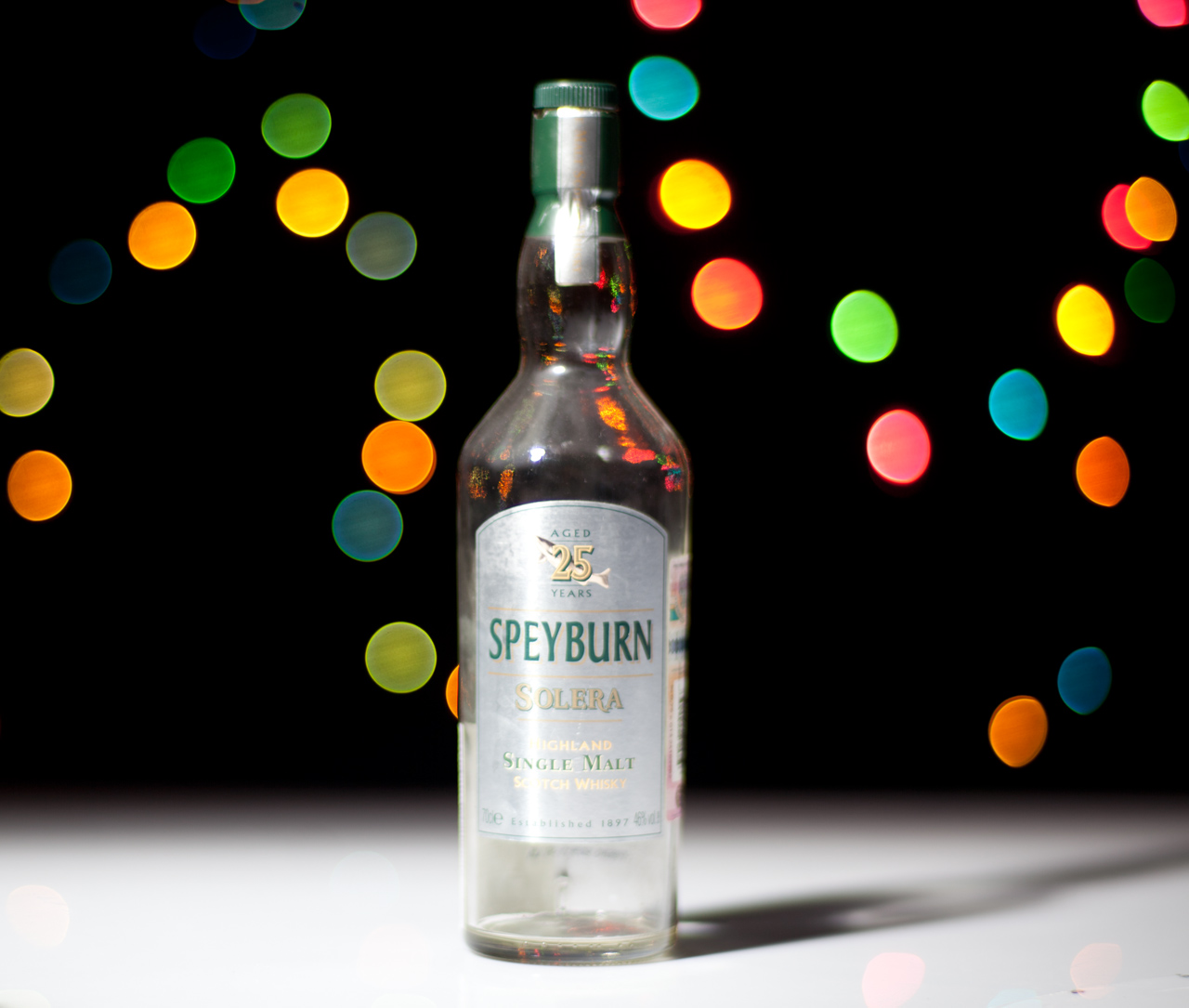 But what will happen if we start to close the diaphragm gradually? 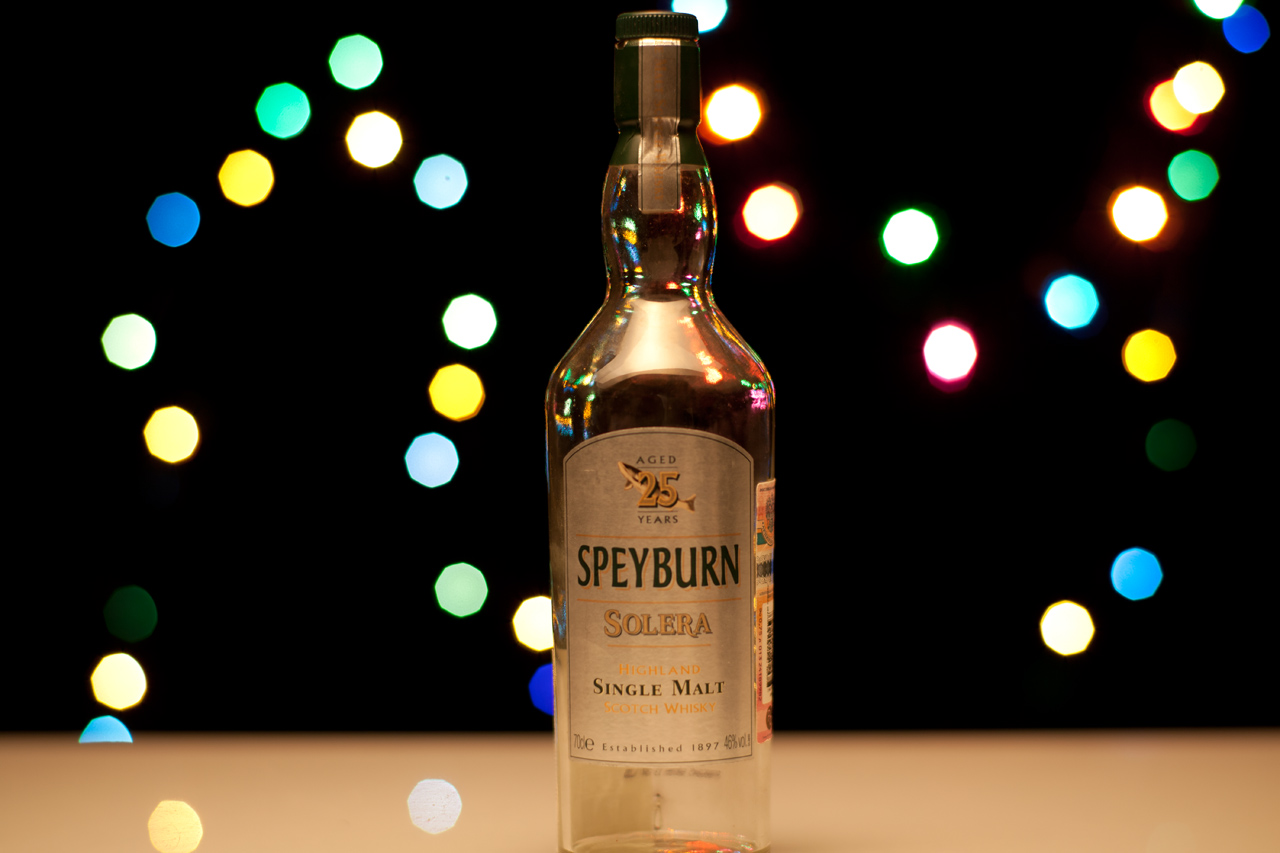 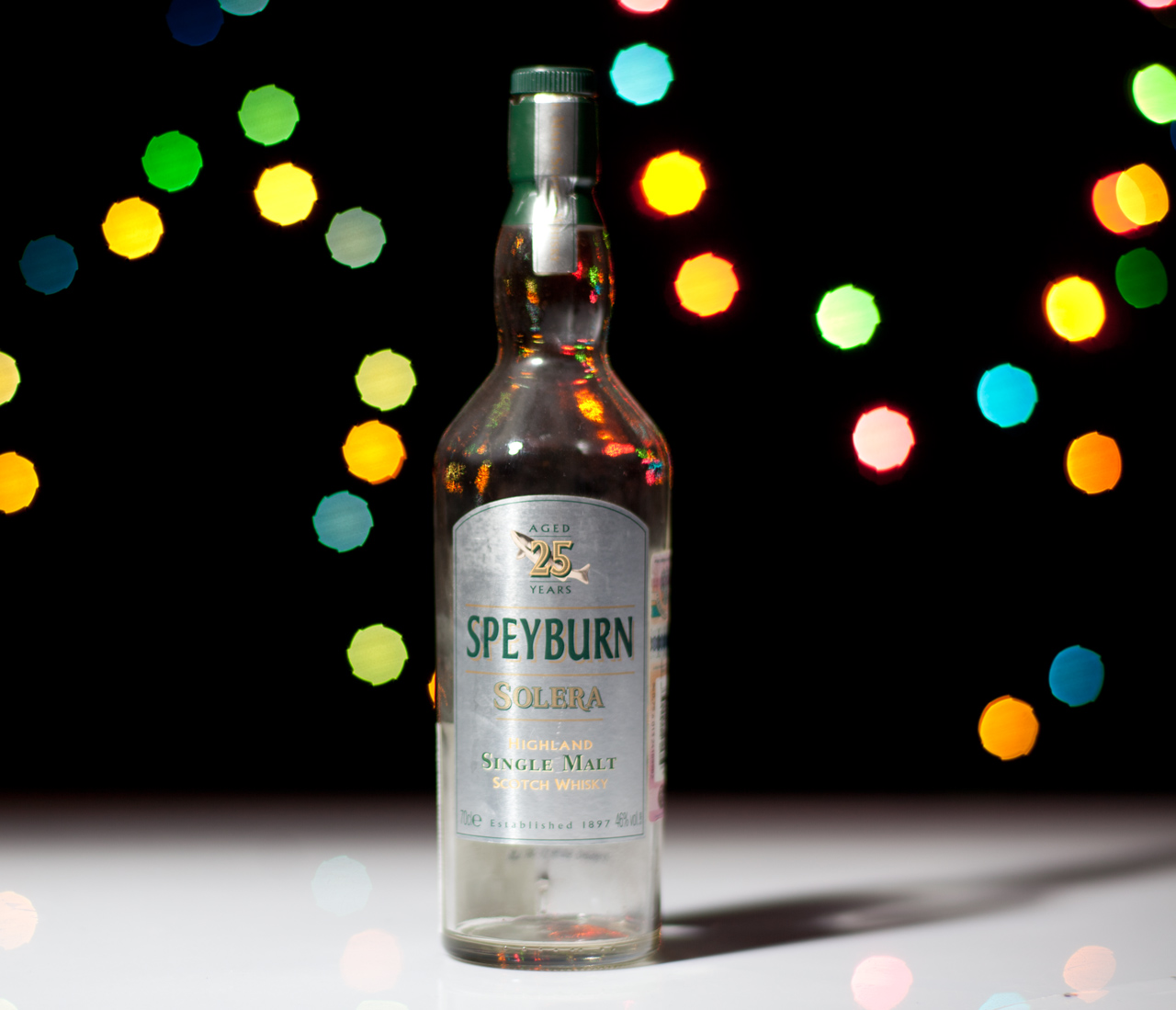 We will get the polygons in boke for the both cases, but it will be "ninja stars"  for G lens and just an ordinary polygons (how strange!) for J lens.

In general there are the admirers of the both variants, as well as the lovers of the classic boke with the ideal circles (unfocus discs) or the cat's eye boke, as shown on the images for the both of the lenses G and J with the totally opened diaphragm. Such discs are met for all high-aperture optic Carl Zeiss. There are the similar circles of confusion in the L-optics of Canon, but they will always look cut off loosing the most of their charm.

Anyway to get such an intricatecircles of confusion is not so easy deal. You need the spot-lights and closed diaphragm. It's not a common effect to be seen frequently.

Sharpness of both lenses will be tested further. Stay tuned!

So, it's 18th of April today and I go further with my investigation in the difference between Carl Zeiss lenses made in Japan and made in FRG as promised. Today we will test the lens sharpness. The camera is located on the tripod, the shutter release is executing by the cable to prevent any stir. The focusing was done through the camera LiveView with a 10x zoom. I did 3 shoots for each lens and choose the best. 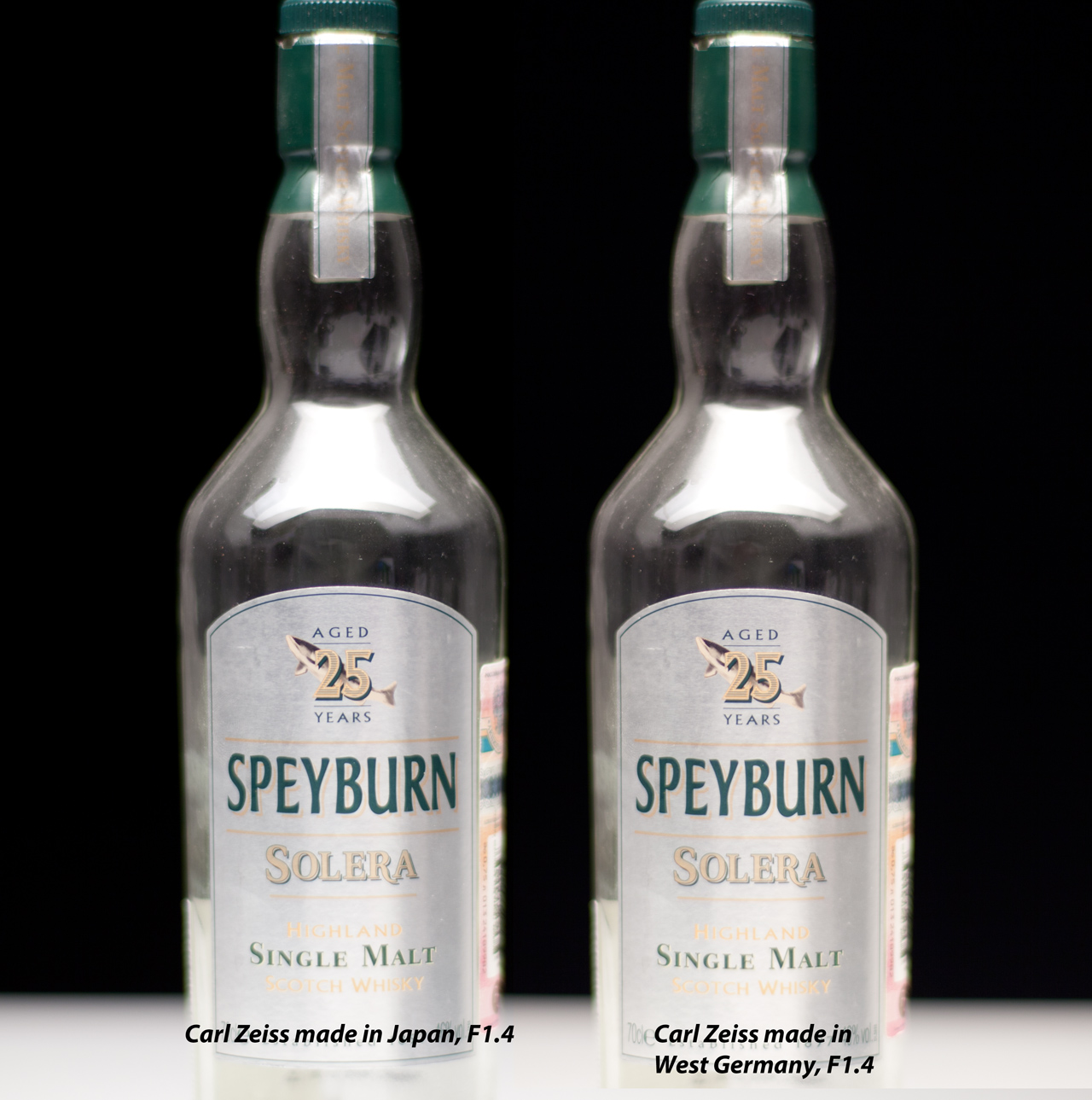 F1.4, distance from the lens front element to the object is 1м 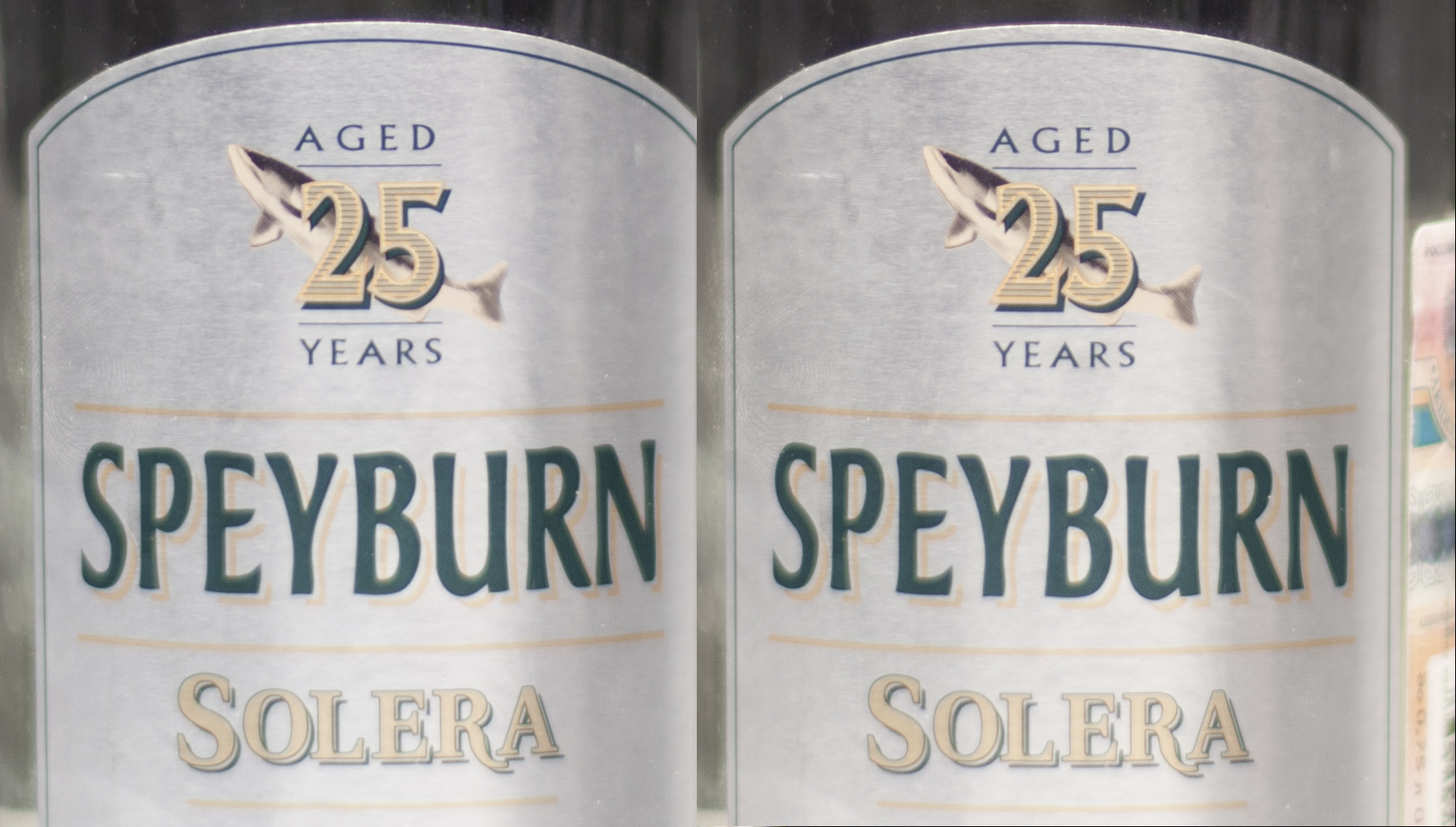 Personally I do not see any difference in sharpness. That is as scanty, as it could be surely   fit in with the tolerance by the serial production. I.e. there is no any significant difference.

By the way we shouldn't forget about the different coating. In Leica lenses it has a great impact, and the first versions vary from the latest in sharpness strongly. Modern lenses are  more sharp.

In this case I don't want to say that coating influences on sharpness. Probably not the coating, but the other glass sort or the lens polishing technology makes this difference. But we can differ one version of lens from another particularly by the color of its coating, thus for us it is a kind of a milestone, the change of a technology, that's the reason why I bind the sharpness difference to this characteristic. Not because it depends on the coating indeed. If not to take into consideration the supreme cases, one can see that the image contrast and the lens speed depend on coating. That way partly, of course, the resolution (read the small parts contrast) depends on the coating, but to a much lesser degree than on the lens polishing, optical scheme and glass mark.

Here is the example of the lens versions comparison: Leica Summilux-R 80/1.4 3CAM vs ROM

Version ROM is the autofocusing with the electrical contacts. 3CAM is older, with the old bayonet, manual. 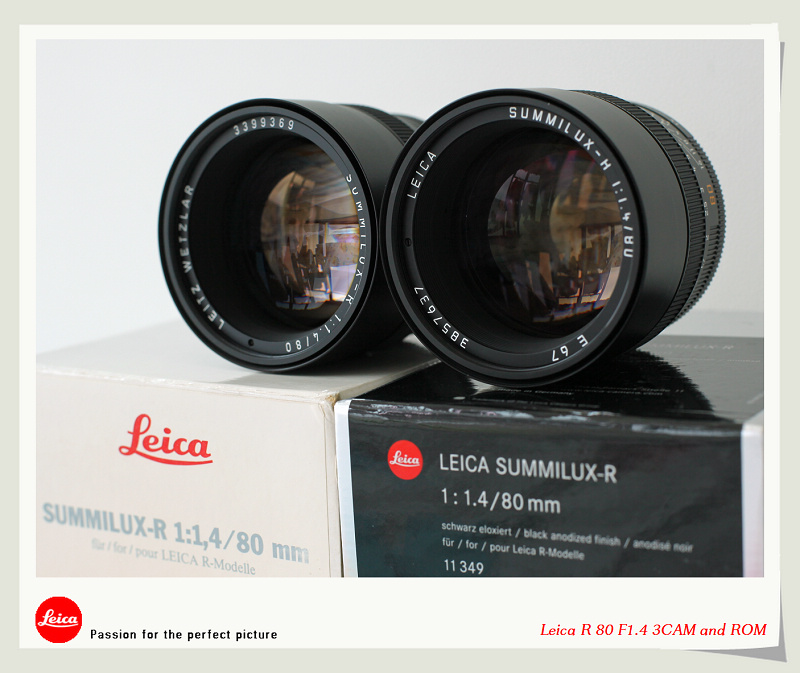 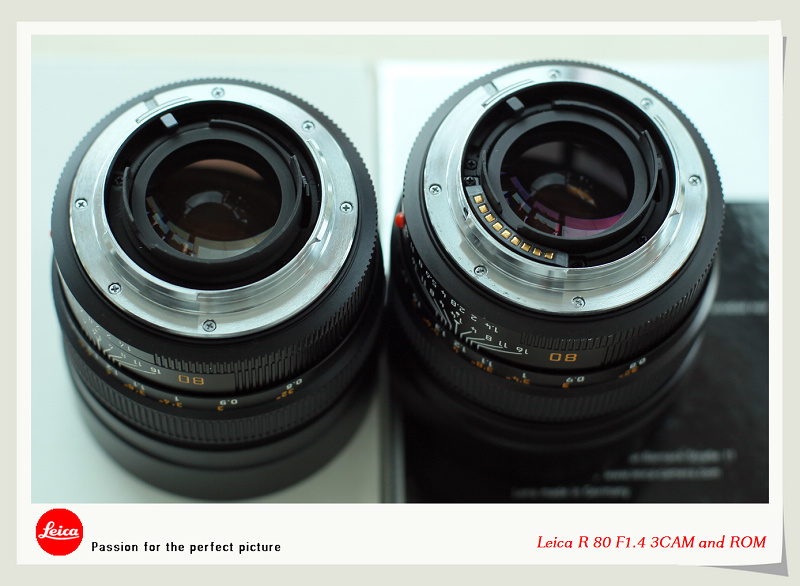 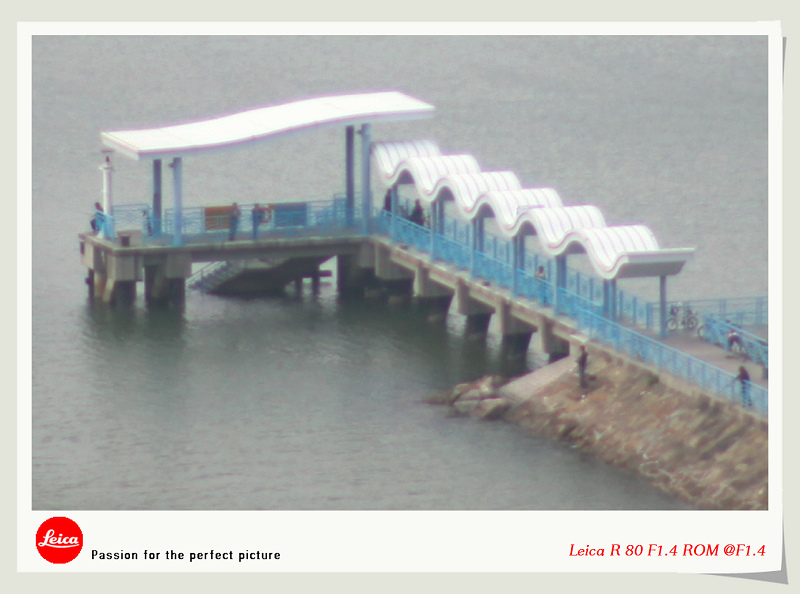 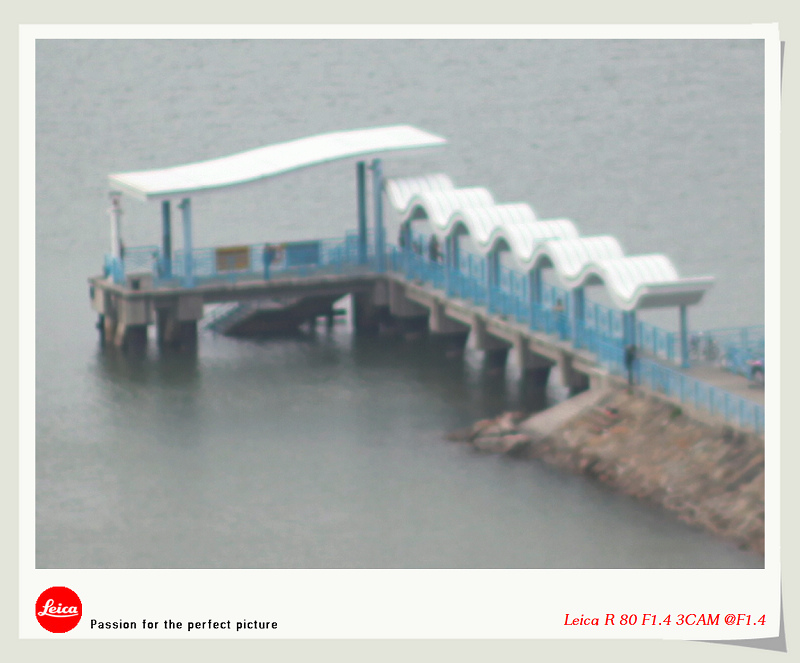 As you can see there is the difference between versions, and it is quite significant.

By the way, pay attention, that with the higher sharpness the ROM version has stronger CA.

But we declined from the subject.... 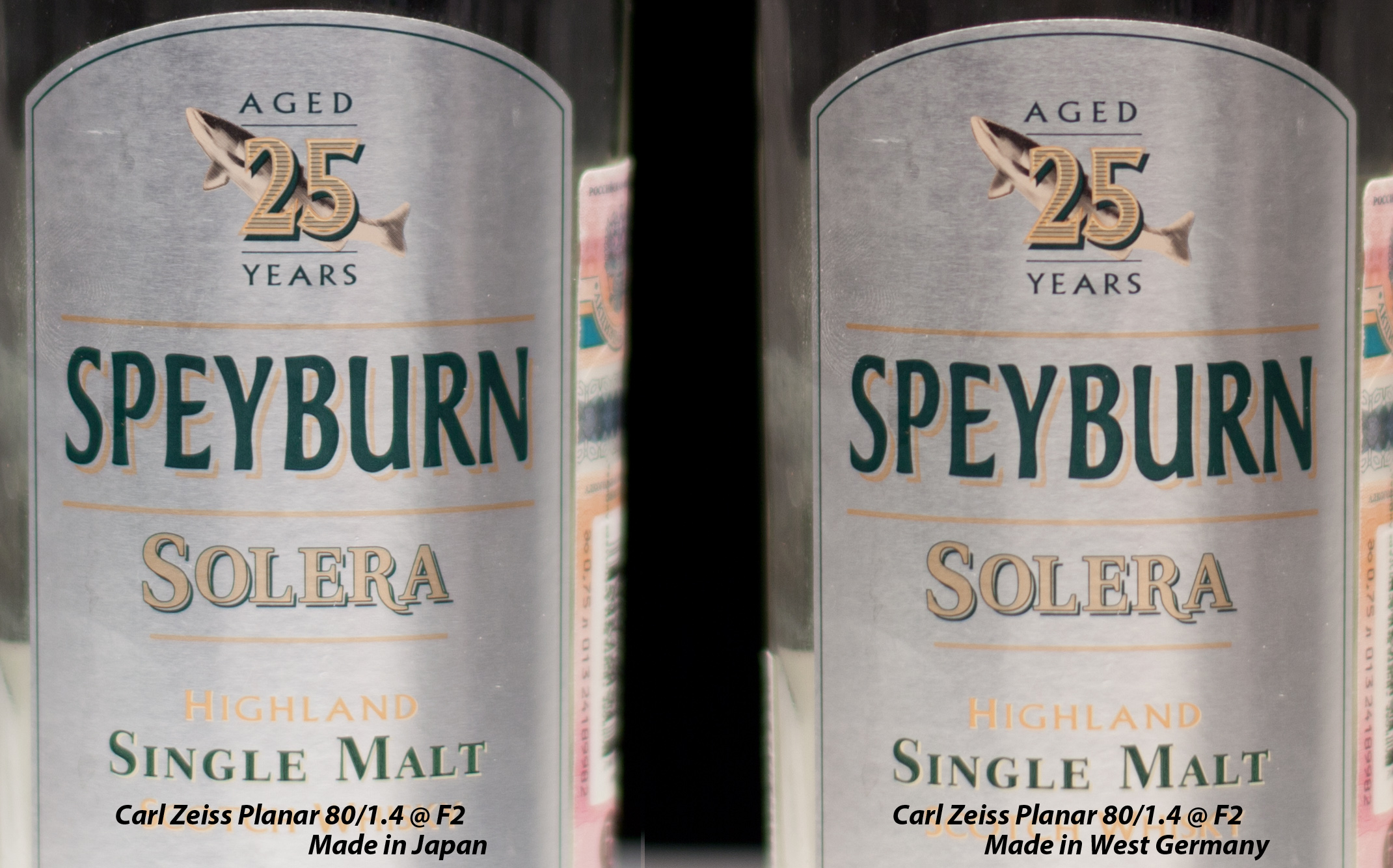 In my opinion the Japanese is sharper, although the difference is hardly visible. 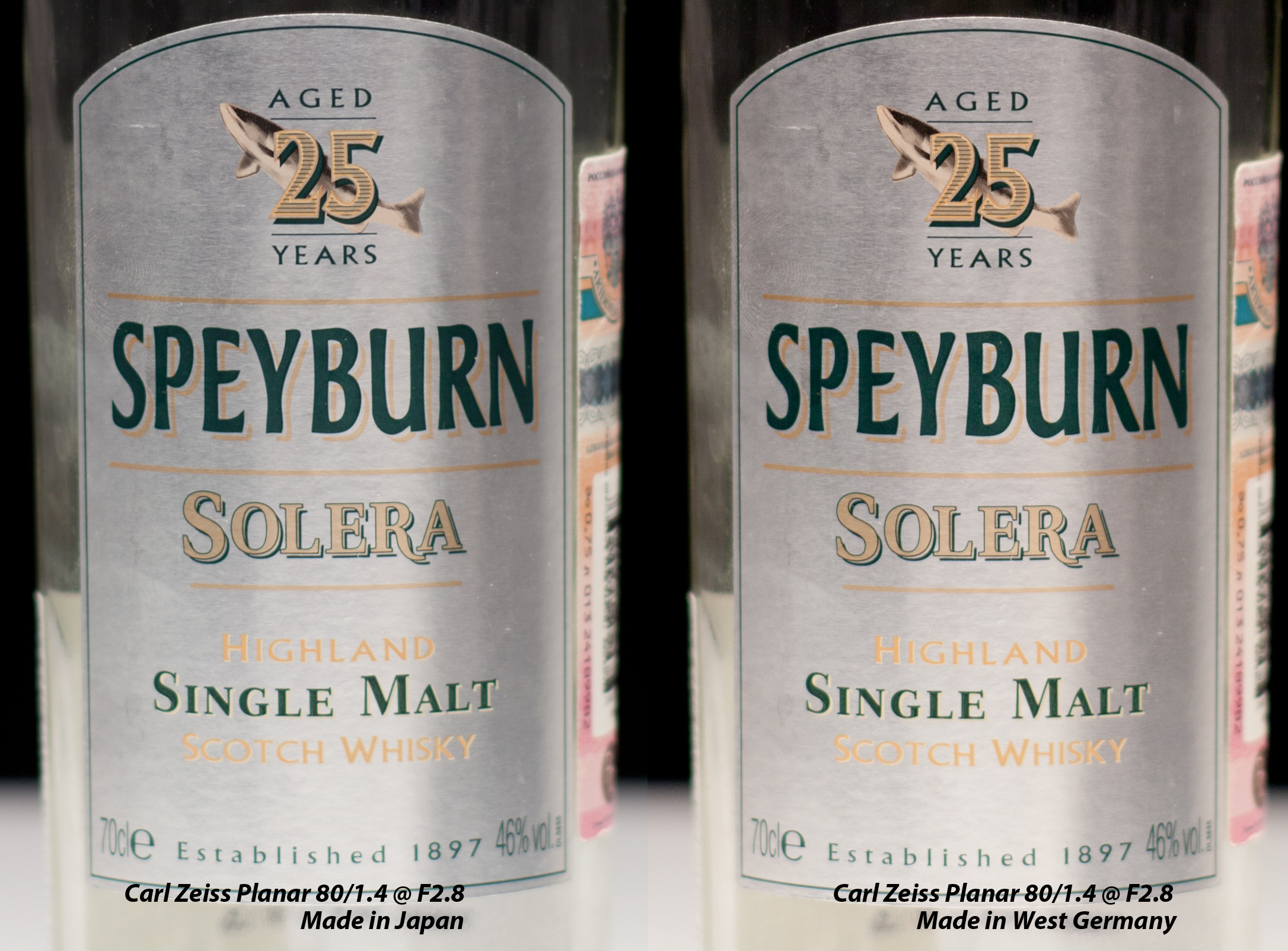 That is all for the time being. The difference is almost over. But we can still say that the Japanese variant is a bit sharper. This should not influence upon your choice because in the reality you surely will not see this microscopical difference, and it is comparable to the tolerance by the serial production. So you can get even the contrary results.

Something more about bokeh

Nevertheless there lasts the question about the lens signature in dependence on the diaphragm construction. I'll try to shed light on this (pun) in the next sunny day.

And a couple of bokeh for now. I did not remove the CA, cause in this case they're the part of the lens signature. 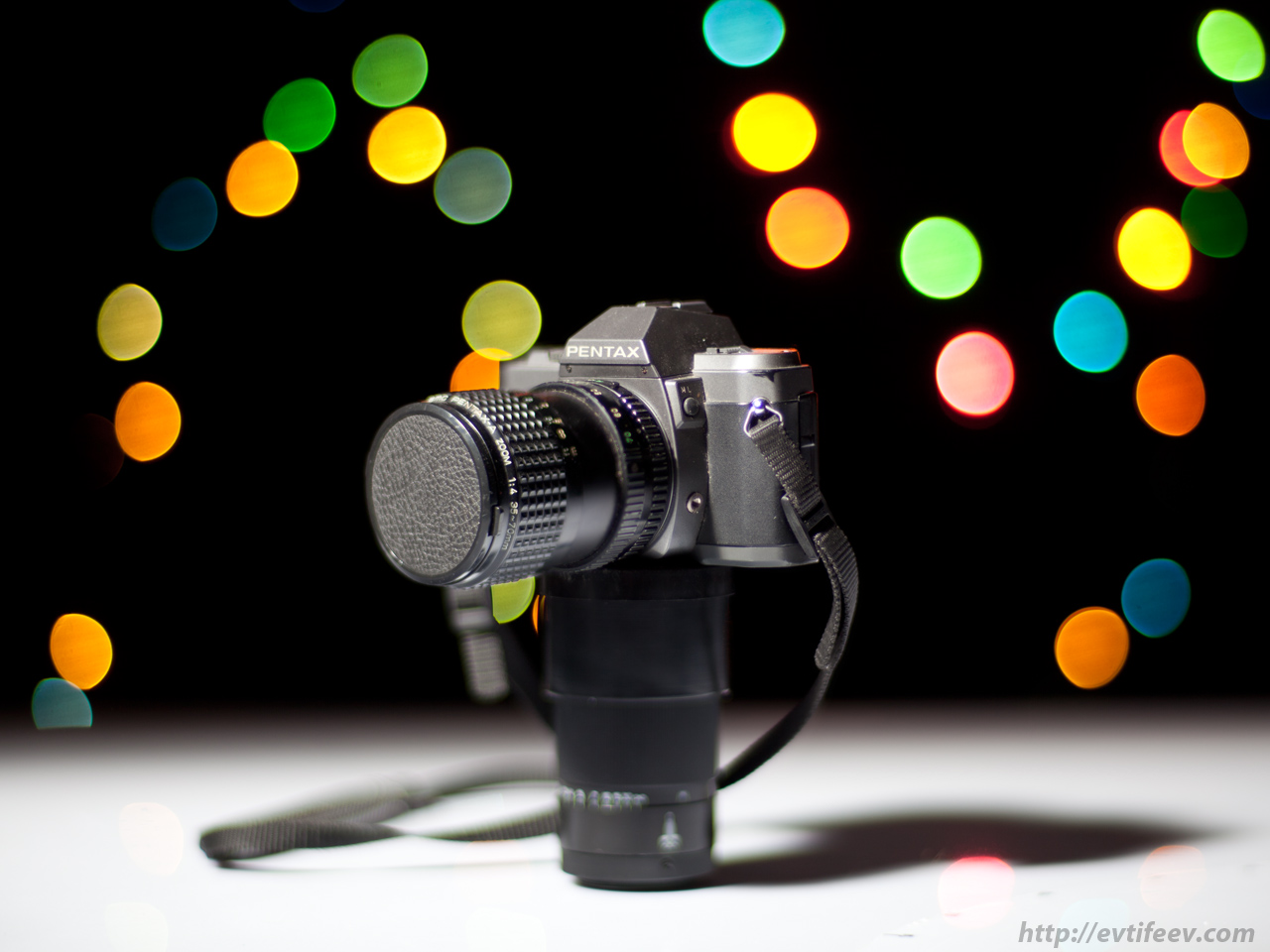 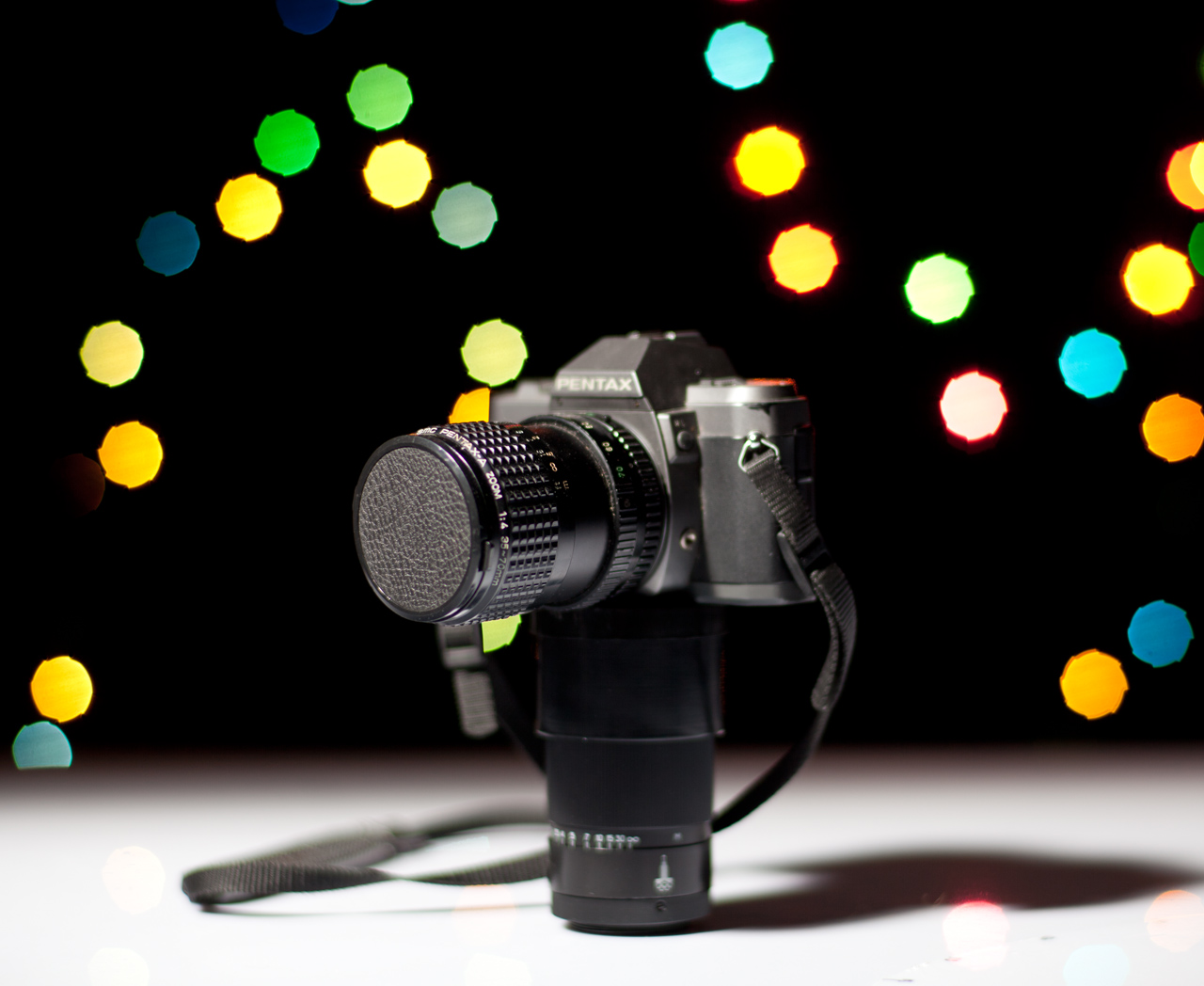 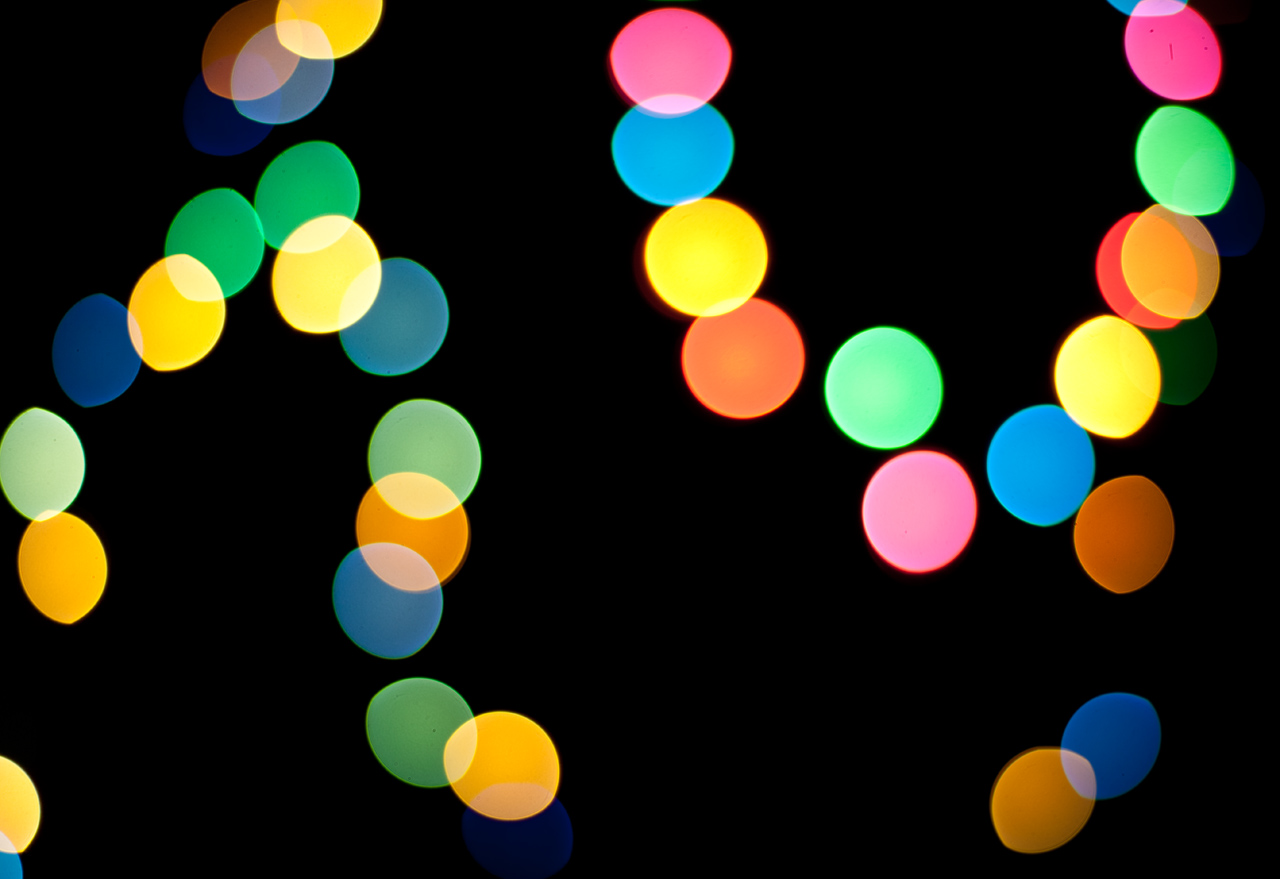 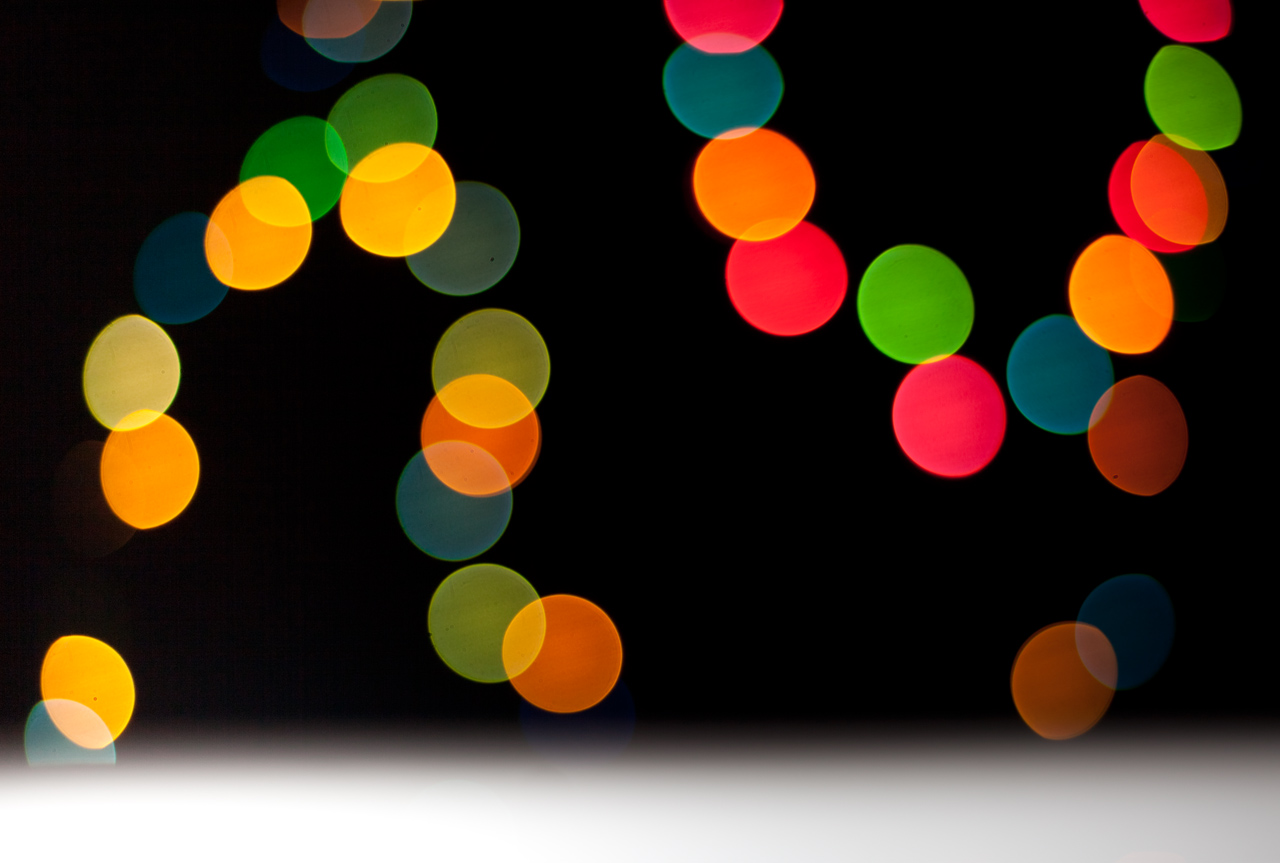 Do not pay any attention to the color of the unfocus discs. It depended on the moment of the release button pushing by me. The light bulbs were on and off periodically. The garland has not got the permanent lighting mode. Only the shape of these discs matters here.

Thus we came close to the main question. Is there any difference between bokeh of these two lenses, which are similar by their optical characteristics and different only by the shape of the diaphragm?

But we are testing bokeh exactly at the wide opened diaphragm. What's a reason to close it if we'll loose a part of the lens signature? Thus F1.4.

It seems that Carl Zeiss Planar 85/1.4 «made in West Germany»has a little bit more  contrasting shadows on the background. But it is such a light to be noticed....

On this picture it seems to me that Carl Zeiss Planar 85/1.4 «made in West Germany»shows more saturated colors on the background. But I am sure that I would not be able to distinguish one from another in the reality. But only on the test shoots with the absolutely the same picture.

Well, yah, some kind of a little difference presents. Seen with the microscope. 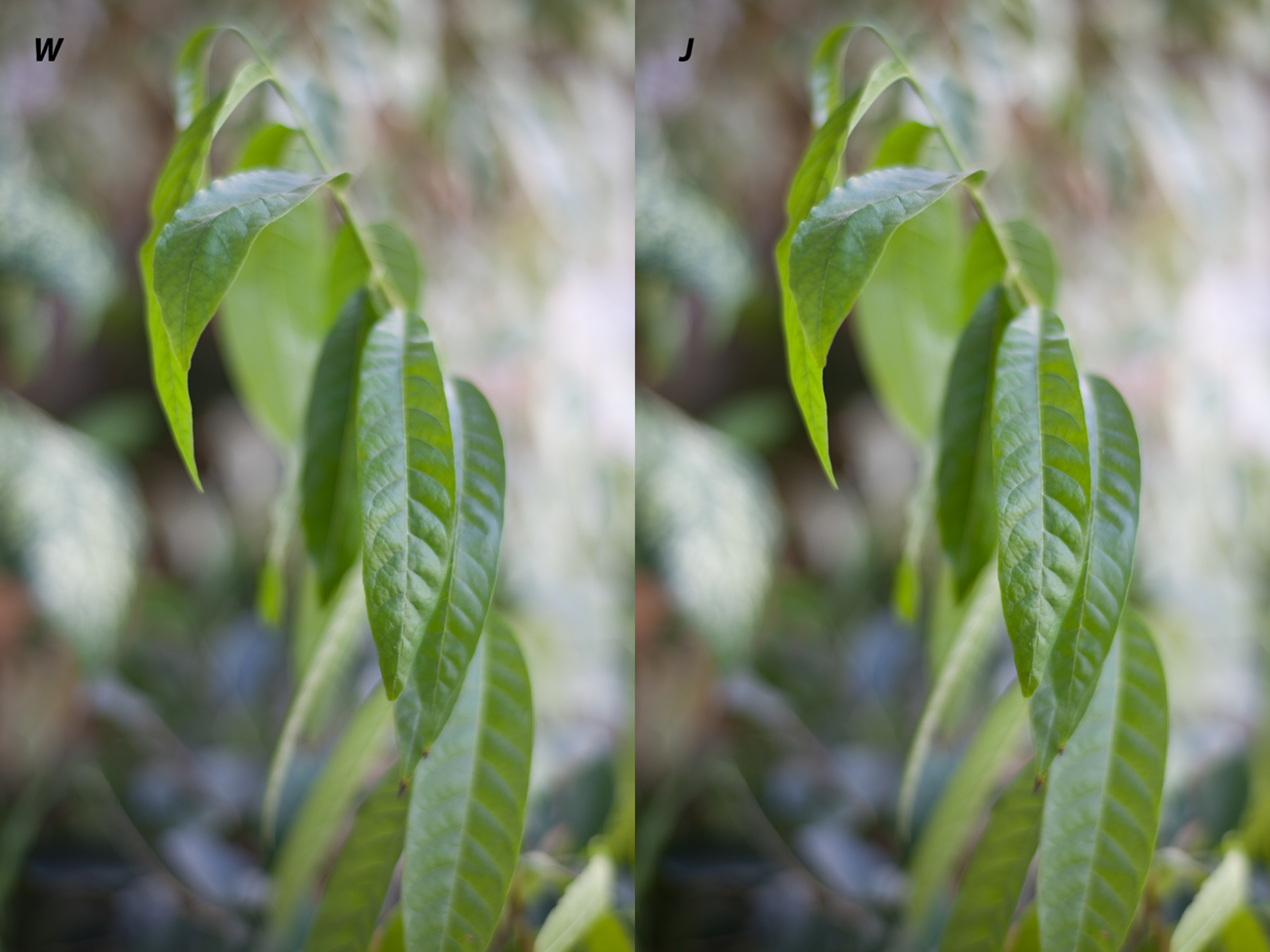 In my opinion the above pictures are similar.

So, that's which was to be proved. If I have time, I'll try to test these lenses again with the half-closed diaphragm to understand the influence of the diaphragm shape. And for the moment the conclusion.

The lenses give quite the same picture by all parameters at the wide opened diaphragm F1.4.

Tests at the bit closed diaphragm

I finally decided to close a bit the diaphragm to get the signature of the circular saw for the lens "made in West Germany". At the wide opened diaphragm it is rounded, so I was regulating it while watching inside, to close the aperture up to F2.8.

The values F2 and F2.8 are the unique for which is possible to get this "star". For all other aperture values the bokeh pattern was ring-shaped.

Generally I saw no "specific pattern", in spite of the promotion by some of Carl Zeiss Planar 85/1.4 «made in West Germany» users. There are some scanty differences in shadows (a bit more contrasting), and you pose under the risk of getting "stars" instead of the standard polygons in the circles of confusion at the apertures F2 and F2.8.

I have been expected greater differences since the moment I discovered they had divers coating. But... Zeiss never lies! No difference besides the officially announced.

Different bayonet, different diaphragm shape. The both of lenses fit to the 5D mark II. They're convenient with the amazing bokeh. That one «made in West Germany» is completely manufactured in Germany at Zeiss's factories indeed, and Japanese one produced in Japan at Kyocera-Yashica factory under the order of Carl Zeiss as well.

Domestic lens-manufacturers ought to study from germans to quality control in the serial production. The last managed to duplicate the optical characteristics completely even when changed the coating. I really have no idea if the coating change was done in order to  make the lens cheeper or for any other reason... The result is the unique.

Good shoots to all of you!

Sorry, comments can be added only by authorized users